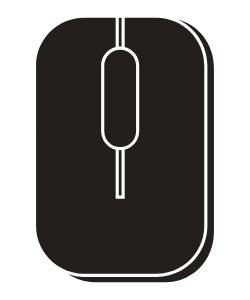 Urban areas around the globe are embracing the newest developments in modern technology by becoming smart cities. These cities integrate sensors and actuators and link them together to collect data. We were intrigued when we first learned about smart cities, so we began doing our own research to discover additional details and we wanted to share this information with others. When you read these articles you'll learn how smart city technology uses the data that's gathered to monitor energy usage in homes and buildings to analyze their energy efficiency. You'll also find out about smart transportation, which entails installing cameras in traffic lights to monitor the flow of traffic. We hope that when you read these and other articles on this site you'll gain a better understanding of smart city technology.

The interaction of electronic equipment and its electromagnetic environment is known as electromagnetic compatibility, or EMC for short. All devices that are electronic can potentially emit electromagnetic fields. When you think of all of the various electrical equipment and appliances you have in your home, you will begin to understand more when it comes to how high the chances are of having those things interfere with one another. Just some of the examples of different electrically powered things you likely have in our home include a refrigerator, a microwave, a dishwasher, televisions, electric smoke detectors, cell phone chargers, etc. Learn more about EMCs and the role testing plays.

Why is EMC testing important?

There are times when EMC testing was not as standardized as it is currently, and this allowed for some products to experience compatibility issues that ranged from minor inconveniences to serious dangers. In fact, there have been recalls on a lot of various items simply due to the compatibility issues that arose when the buyers put the products to use. For example, if one of the products that had the issues was a garage door opener, then you may end up finding that your garage door opener doesn't always cause your garage door to open for you the way that it is supposed to.

Why has EMC testing become a requirement?

Testing is now required so it is known that the products that are going out on the market are ones that are going to be safe and reliable for the consumers who buy and use them. Having the testing be a requirement works for everyone involved. It ensures the consumer that they are buying something they can trust, it lets the government know that they have done their part to ensure everyone's safety, and it is good for the manufacturers and the retail outlets because they won't have to deal with large recalls that puts them behind with regards to both money and time.

What is looked for with regards to EMC testing?

When EMC testing is done, it will be looking at the new products before they are able to be released. The test will specifically be looking at the amount of noise that is being generated from the product when it is running the way it was intended. If it passes, it is given the seal of approval. If it doesn't, then it goes through the process to correct the issue, then it will be retested.